This property advises that it adheres to Safe Travels (WTTC - Global) cleaning and disinfection practices. 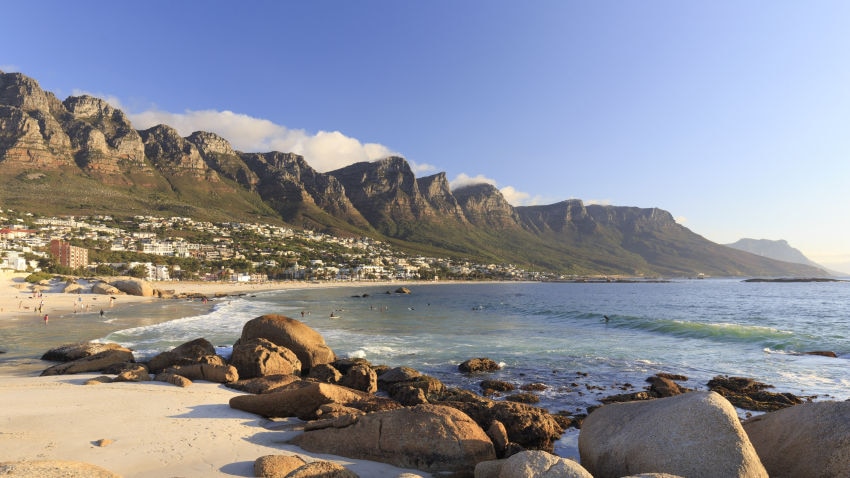 Camps Bay is Cape Town’s premier tourist hotspot, neatly seated between the sparkling Atlantic Ocean and the rough and rugged Twelve Apostles mountain range. Its star attraction is its palm-fringed beach, where bronzed bodies play volleyball, and swimmers frolic in the warm waves.

Just a short drive from Cape Town’s city center, the village-like suburb boasts its own trendy selection of bars, restaurants, and shops, many of which dot the main drag, Victoria Road. Come sunset you can unwind with a cocktail, and then take your seat for an evening of musicals, cabaret, or comedy, at Theatre On The Bay.