Sleeps 4 people (including up to 3 children)

If you’ve ever wondered how to get privacy in New York City, we’ve found the answer for you – fifty-two floors off the ground! And that’s exactly what you’ll get at Belle Vue. With floor-to-ceiling windows and sweeping city views, this glossy home matches its slick cityscape. While the surrounding skyscrapers make for incredible impressions, the downside is that this area is mainly commercial and therefore not the most vibrant neighbourhood. If you’re okay with that, however, you’ll love that the building grants guests access to the private gym and pool.

*This is a thirty-night minimum booking
*This neighbourhood is mainly commercial, so don’t expect a vibrant community feel
*When we visited the Wi-Fi wasn’t working, but the host is aware of this
*Guests three and four will sleep on the sofa bed in the living room 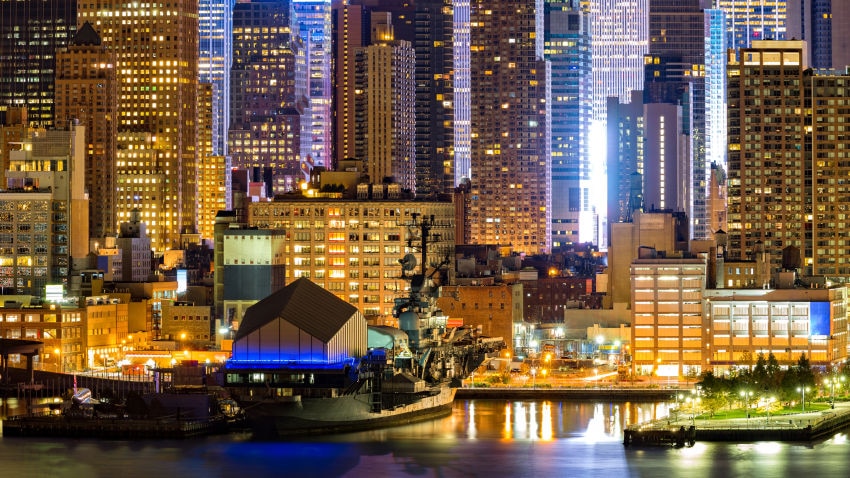