Included amenities: Wifi, Welcome Pack, Toiletries, Area Tips, Cleaning, Fridge Fill Service, Cafetiere, 24/7 Support. Maddox Street II is a one bedroom one bathroom home in Mayfair. This home's open plan living area has a sleek kitchen at one end (a run of glossy white cabinets) with a dining table for four, and a slickly furnished sitting area at the other. Across the hall is the master bedroom, it has a pared-back palette, with a sumptuous Klimt print above the superking-size bed. The separate bathroom is next door (tiled in pale-grey marble) and has a bath and separate shower. You're in one of London's smartest neighbourhood's here, with Bond Street’s designer shops and and the restaurants of Mayfair mere moments away on foot. Oxford Circus is the closest tube station at just a 4-minute walk away.: Home Truths: - This home has air conditioning in the master bedroom and sitting room. - This home has double glazing, but its central location means you might be able to hear a certain level of noise from inside the home. - There is a sofa bed in the sitting room which can accommodate an additional two people. Please let us know when you book if you would like it prepared. 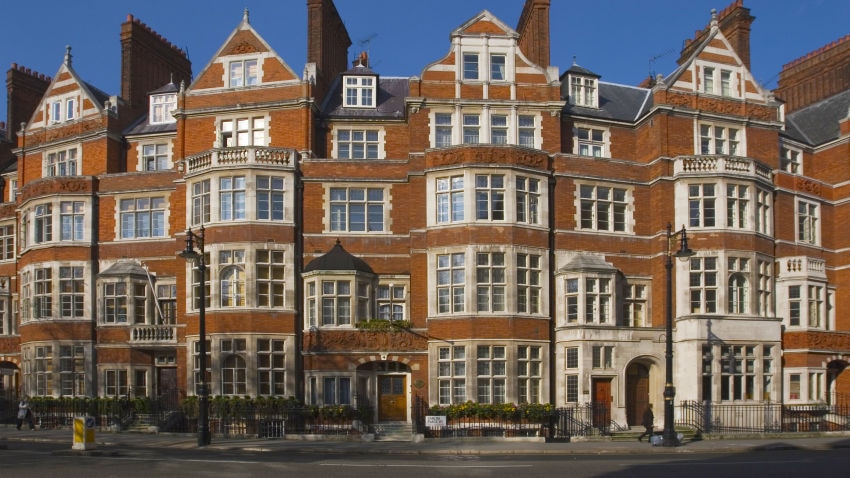 Mayfair is center to the city’s most visited landmarks including Parliament, Buckingham Palace, the National Gallery, and British Museum. Mayfair is also surrounded by London’s best shopping with Harrods to the west, Selfridges to the north, Soho to the east, and Piccadilly to the south.

After taking in London's top sights and shops, visitors will have no problem working up an appetite for dinner and drinks at one of the city's many elite restaurants located in Mayfair.